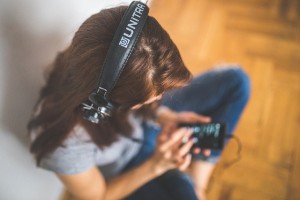 It’s possible that you have seen or heard of the contract phrase “in all media now known or hereafter devised” or some similar variation.

In music contracts, this language is usually used to define in what media your music can be used.  This phrase allows a company that has the rights to your music to use the music in the formats currently used at the time the contract is signed, as well as any new formats that are invented in the future (and may or may not be known at the time of signing).

For example, pretend that this is 1995, the most popular music format is still CDs, and MP3s had not hit the scene yet.  If you signed a deal at that time that said the company had rights to your music “in all media now known or hereafter devised,” then that company also had the rights to start reproducing and distributing your music in MP3 format once that medium started being used circa 1998.

If you are signing a deal now with that language, the company can probably use your music on vinyl, cassette, CD, MP3/other digital file formats, and whatever they think of next.  So when they start implanting microchips with music, you can bet your music will probably be on that too.

Got questions on your contract?  Schedule a consultation* now to get answers!

*Consultations are currently only for CA residents.

Disclaimer: This article is for educational and informational purposes only and not for the purpose of providing legal advice. The content contained in this article is not legal advice or a legal opinion on any specific matter or matters. This article does not constitute or create an attorney-client relationship between Erin M. Jacobson, Esq. and you or any other user and Erin M. Jacobson, Esq. is not acting as your attorney or providing you with legal advice.   The law may vary based on the facts or particular circumstances or the law in your state. You should not rely on,act, or fail to act, upon this information without seeking the professional counsel of an attorney licensed in your state.